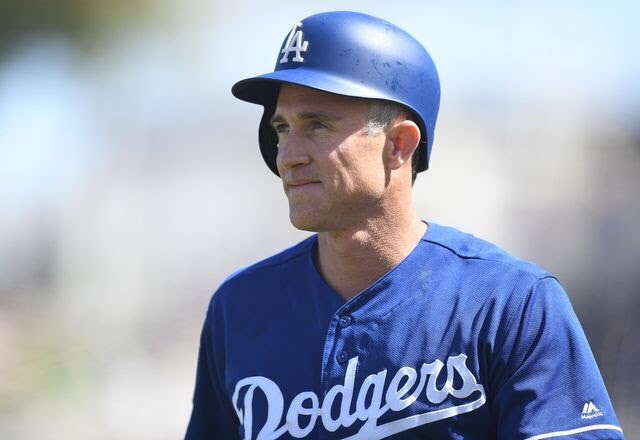 Greetings everyone, and welcome to the first Dodgers 411 News Update.

A look at some stories circulating about the Dodgers today.

USA Today talks about some of the recent Dodger news, and it comes as no surprise that Chase Utley is once again being looked to as a strong veteran voice and clubhouse presence. Losing last year’s World Series has fueled Utley’s latest comeback as he looks to add one more championship ring to his collection before retiring. At Age 39, Utley is the second-oldest active position player in Major League Baseball after the Mariners’ 44 year old ageless wonder and hit king, Ichiro Suzuki.

David Hood of truebluela.com writes about prospect Yusniel Diaz as part of a series on Dodger prospects. Hood highlights Diaz’s “high floor” and talks about how a change in Diaz’s swing is geared to help the prospect generate more power and elevate the ball more consistently. Diaz’s most likely spot is somewhere in the outfield, and Hood believes that Diaz, a 2015 Cuban signing, may be ready to contribute at the Major League level some time this season. Diaz ranks at number 11 in SB Nation’s ratings of Dodger prospects.

Mike DiGiovana of the Los Angeles Times writes about the new Kirk Gibson signature seat in the Right Field Pavilion. The seat, located at Aisle 302, Row D, Seat 1, is the location where Gibson’s walkoff home run in Game 1 of the 1988 World Series in October 15th, 1988 landed. While Gibson has largely avoided publicity with the Dodgers in recent years, particularly during his stint while managing the rival Arizona Diamondbacks, it seems that he has recently been more receptive to involvement with the Dodgers and his role in the team’s last World Series victory. The seat, painted blue and signed by Gibson himself, will sell individually for $150 a game and $100 from each sale will go directly toward research for Parkinson’s Disease through the Kirk Gibson Foundation, which Gibson founded after publicly disclosing his diagnosis in 2015.

Michael Wittman at Dodgers Way discusses two Dodgers who are out of minor league options who may be facing cuts from the team’s 40 man roster, Outfielder Trayce Thompson and Pitcher Wilmer Font. Thompson has had some past success with the Dodgers, but a 2016 back injury has lingered and slowed Thompson’s progress. Barring an injury or trade of another player, it would appear that Thompson is likely to either be cut or traded. Font, the 2017 Pacific Coast League Pitcher of the Year, is 27 years old and while he has had some minor league success, he has one Tommy John surgery in 2011 to his credit and has allowed 9 earned runs in 7 innings of Major League action in his career. Several younger pitchers seem to be higher on the Dodger radar, and while Font is likely to generate some interest from other clubs looking for pitching help based on his 2017 improvement, it appears the Dodgers don’t have room to continue carrying him.

Falling under “awwww, did you see this?” Sports Illustrated’s Daniel Rappaport follows this story about a youngster who was saddened to hear of Justin Turner’s recent fractured wrist and having a hard time accepting that his favorite player would be starting the season on the disabled list. The two year old boy offered to help by saying he would “kiss his boo boo” to help cure the fracture and his father shared the video to Twitter. The man with Twitter Handle @RedTurnTwo looked to return the favor in kind and offered father and son free tickets to come see Turner when he plays his first game back after returning from the Disabled List. It’s always a beautiful thing when players interact with fans, and this two year old’s day has definitely been made!

In Stadium Culinary news, Euno Lee of Eater previews some of the finer dining that fans will be able to partake in during the upcoming season, including the return of the Flaming Hot Cheetos Elote. What else will you be feasting on this year while watching the Boys in Blue? Click on the article to find out!

Stay tuned to Dodgers 411 as we keep you updated on the latest Dodgers news!