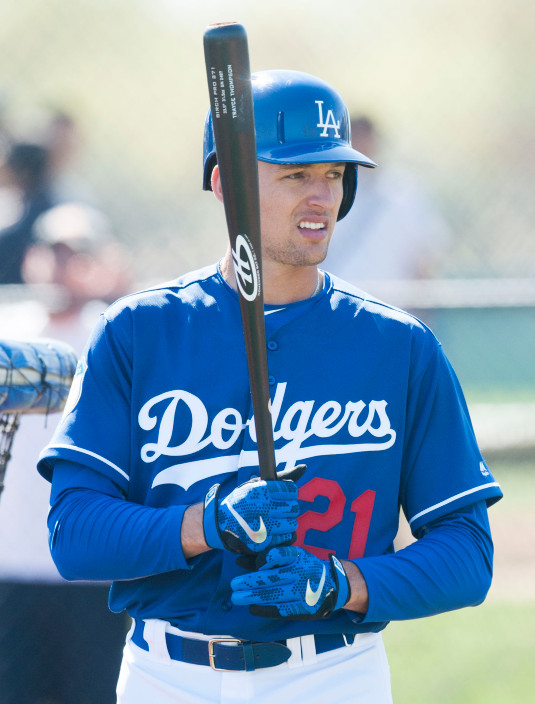 BREAKING: Outfielder Trayce Thompson‘s tenure with the Dodgers may be officially over.  Per the Dodger Twitter account:

Today, the Dodgers claimed RHP Cory Mazzoni from the Cubs. Mazzoni will be optioned to Triple-A Oklahoma City.

To create room on the 40-man roster, Trayce Thompson has been designated for assignment.

While it is possible that Thompson could clear waivers and accept an outright assignment to AAA Oklahoma City, it would appear likely that a team seeking outfield depth will likely claim Thompson.

Known for late-inning heroics in the first half of the 2016 season and for being the brother of NBA Star Klay Thompson and the son of the “Showtime” era Lakers player Mychal Thompson, the speedy slugging outfielder has had a long recovery from a back surgery that kept him out of the second half of the 2016 season and limited his playing time in 2017.  Thompson has hit .255 with a home run in 47 spring at bats.

Replacing Thompson on the 40 man roster is now-former Chicago Cubs reliever Cory Mazzoni.  Mazzoni, a right-hander, pitched to a 13.50 ERA over 8 innings in 6 appearances for the Cubs last season.  He will likely start the season at AAA Oklahoma City.